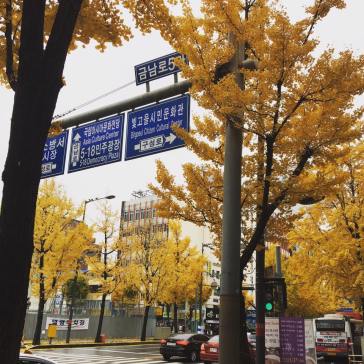 Traffic- For the most part the traffic (aside from 7:30-9am and 5pm-6:30pm on weekdays, is typically not that bad. There is only one subway line in the city so most commuters use the roads via bus or their own cars. 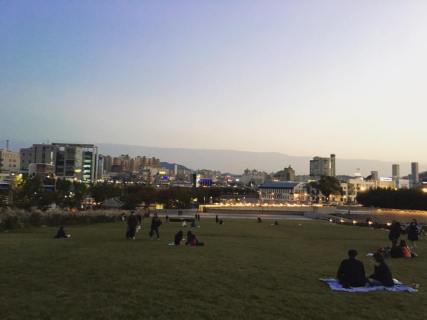 Forget trying to impress anyone with your looks 24/7. Leave that for everyone in Gangnam. My friend and I have termed the aesthetic here as “Gwangju Frump”. This doesn’t mean that you can mosey out of your apartment in pajamas but it does mean that you will not need to invest as much into your appearance as locations such as Busan or Seoul. This is liberating financially, and mentally.

Gwangju is located (essentially) equidistant from Seoul and Busan, so trips to these cities will take basically the same amount of time. Gwangju Seongjeong Train station provides service to Yongsan, in Seoul for those who wish to take a fast track to the city. There is no quick fix for Busan, however. 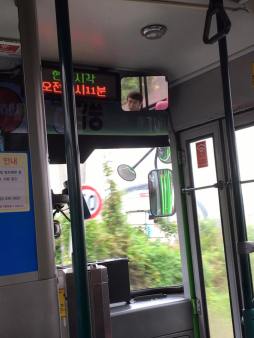 U-Square Bus Terminal (광주 광천터미널). This is your lifeline for the intercity bus system. Usquare is outfitted with a 24/7 sauna, CGV movie theater, KFC, Burger King, a TGI Fridays, baskin robbins, krispy kreme, large book/stationary store, a Shinsegae department store, and an E-mart conveniently located across the street which is also accessible through an underground walkway on the basement floor of the shinsegae dept store. Buses to nearby cities typically run incredibly frequently (like every 15 minutes).

The Gwangju International center along with other organizations offer foreigners great opportunities to socialize and make connections. Two restaurants in particular cater to foreign clientele – The first alleyway AKA “Alleyway” and Tequilaz (Both located downtown).

5. Comfortable for the native English speaker

Not everyone speaks English but transit and essential services are typically easy to carry out in basic English or simple Korean. PLEASE USE SIMPLE KOREAN WHEN POSSIBLE. PLEASEEEE 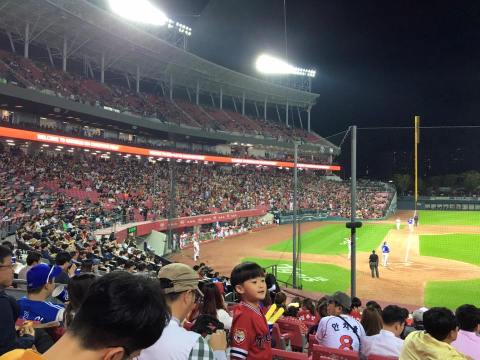 You don’t even need to be a baseball fan back home to enjoy the games here in Gwangju. The tigers may not the the #1 team in Korea but the energy of the crowd here is contagious and you are allowed to bring in your own food and drinks into the stadium (YEAH).

7. The gift of Democracy 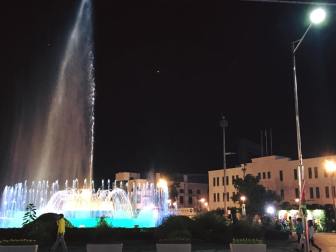 Gwangju’s role in modern Korean history is especially poignant. Protests which took place in the city led to the eventual democratization of the country during the late 1980’s. All around the city you will find memorials and locations dedicated to the various movements which have taken place. It is also a point of pride for many in the city. The Asian Culture Center, and the fountain in front of it located downtown were the literal battlegrounds between citizens and the “aggressive government forces”.

Gwangju is locaated in the Honam region, an area renowned for its diverse cuisine and generous portions. Of course not every restaurant provides service that is beyond what you will find in other Korean cities, but the food here is definitely not a choice between quality and quantity.

9. You are a foreigner

Being a foreigner in Gwangju is a unique experience. You aren’t in Seoul or Busan so seeing foreigners is not /THAT/ common. But at the same time people here are not shocked when you are on the bus or walking down the street. (Of course I say this as a white male so perhaps if I came from a different gender or ethnic background this could be different! I see my privilege here!)

To everyone coming to Gwangju in the coming weeks/months! – WELCOME^^

Jeffrey [ˈʤɛfri]:
1. 20 something working his way to the land of the morning calm.
2. Left handed sriracha addict
Origin: Kansas, USA

Peruse at your leisure